We are only just into December but already there has been a load of events and activities on at Woodspring House. We had Frantic Theatre company come in to do a half hour one man show of comedy, singing, dressing up and dancing. Then we made some mice pies, which was a huge success - everyone got involved rolling, filling and cutting up pastry. And then on Thursday morning we had our coffee morning - unfortunately the weather wasn't on our side but there were plenty of cakes, a tombola and a raffle. Thank you to everyone who donated money or prizes towards our raffle and tombola - we still have some prizes left over which will go towards the residents Christmas party raffle. All in all we raised £127.55 from the event plus a brilliant £50 from Dempsey's plumbing and heating and another £25 from Age Care Eastern for the residents fund so a very successful day despite the Great British weather! 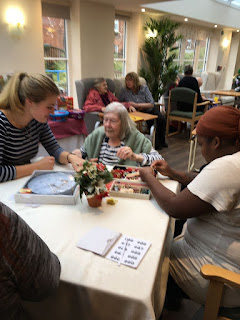 Patricia and Colette at the Coffee morning 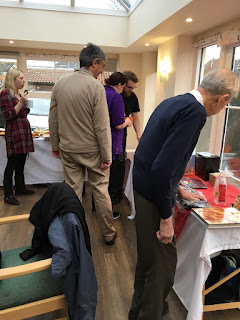 Michael choosing his prize at the coffee morning 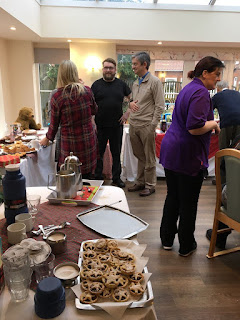 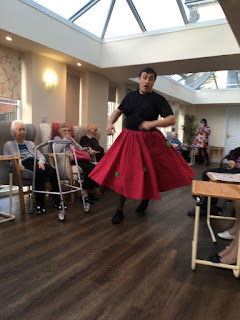 The Frantic Theatre company is a one man show packed with singing, dancing and (cross) dressing up! 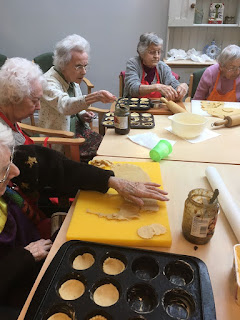 Making mice pies went down as a huge success 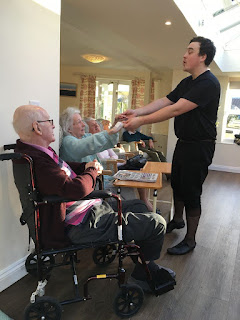 He was impressed that Gwyneth knew ALL the words to his songs - perhaps there will be a double act next time. 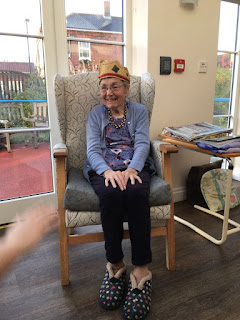 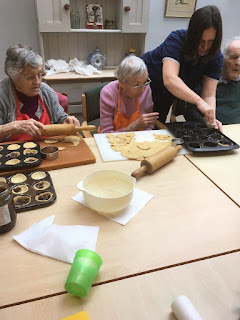 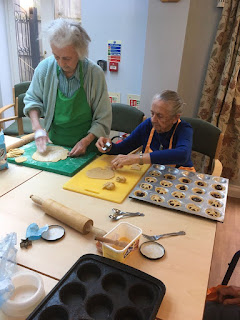 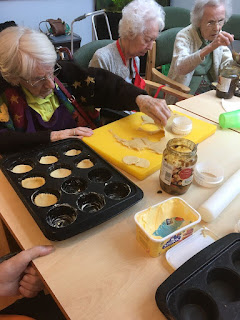 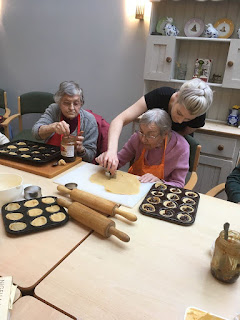 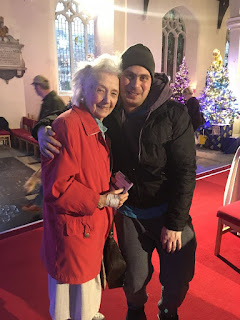 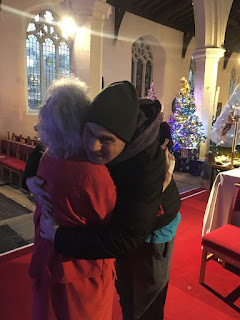 Posted by Woodspring House at 10:27