On Wednesday evening we went to the Christmas spectacular of Thursford's Winter Wonderland! It's fair to say that a number of people were blown away by the animated creatures on display - there was everything from Father Christmas, elves, animals, bears and even monkeys! Eric said he'd never seen anything like it in his life and since he's over a 100 that's saying something! At the end there was a 4D Christmas film, John enjoyed it so much he went back in for a second viewing! It certainly was something to behold. Thanks Atilla for being photographer for the evening. 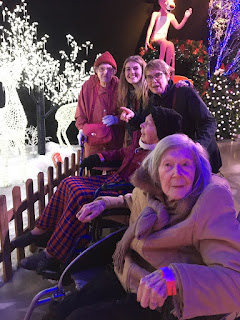 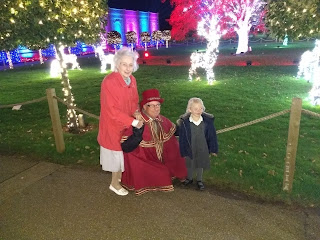 Gwyneth and Edie being greeted in 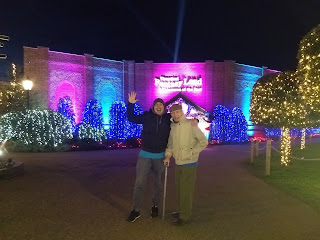 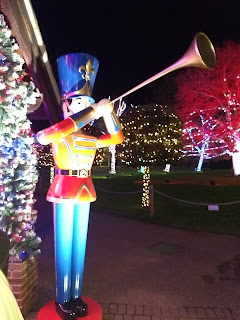 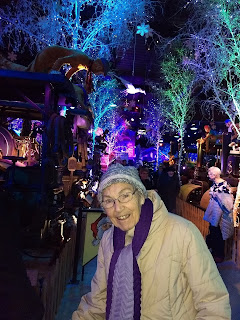 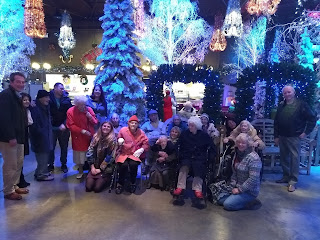 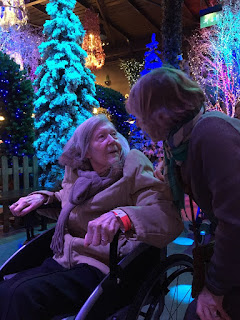 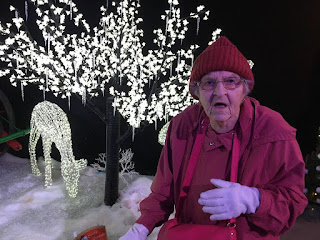 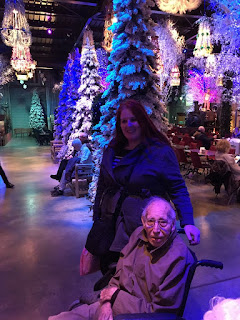 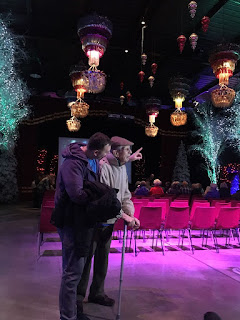 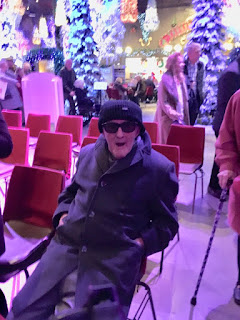 John enjoying the film while being the cool dude that he is
Posted by Woodspring House at 09:34