Last week we had an extravaganza of a day! All in one day we had Eric's 102nd birthday, it was Norfolk Day which we celebrated with some Pimms and we had the Banjo Man in with his jolly and uplifting tunes. A huge Happy Birthday to Eric who is 102! What an amazing feat! Eric was quite emotional about receiving his cake and birthday wishes which he got from all the staff and residents. To celebrate Norfolk Day we got the Pimms out and had a little summer time drink. We also had the Banjo Man in. As usual he was fantastic and his uplifting country tunes got everyone dancing and clapping along. 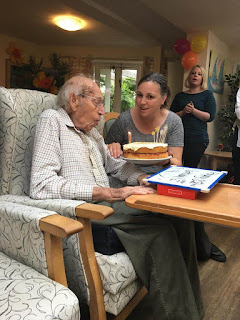 Eric blows out the candles 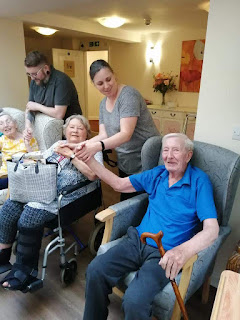 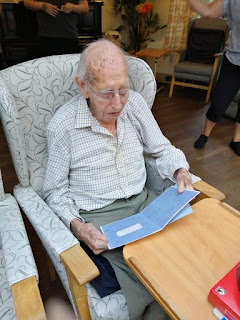 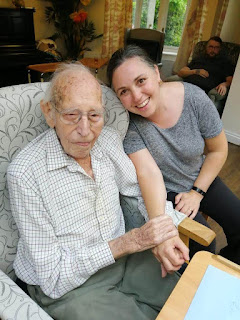 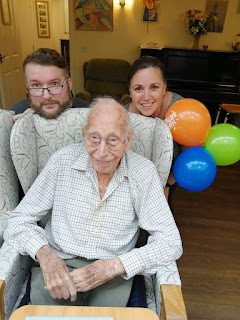 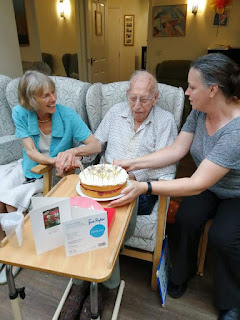 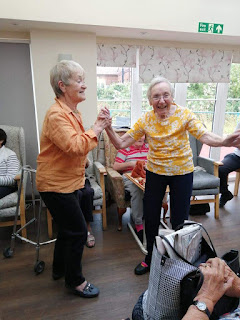 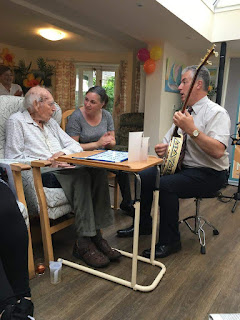 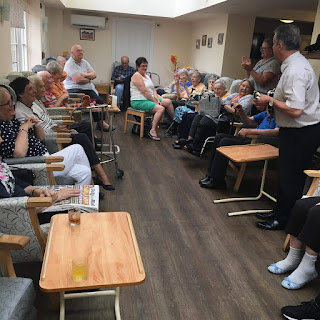 Everyone claps along to the Banjo Man 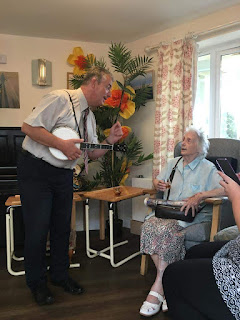 The Banjo Man sings with Gwyneth 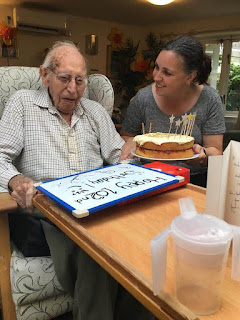 Posted by Woodspring House at 09:11