Fresh from a run at Holt Festival we were treated to the glamour of Kitty Mazinsky and her beautiful voice. Donna and Victoria had organised it as a tea dance and had got out the best china. Victoria made some wonderful buns which we all eyed up and then enjoyed eating. Next time we'll put up the party tent and go outside as it was rather hot but a great afternoon never the less. 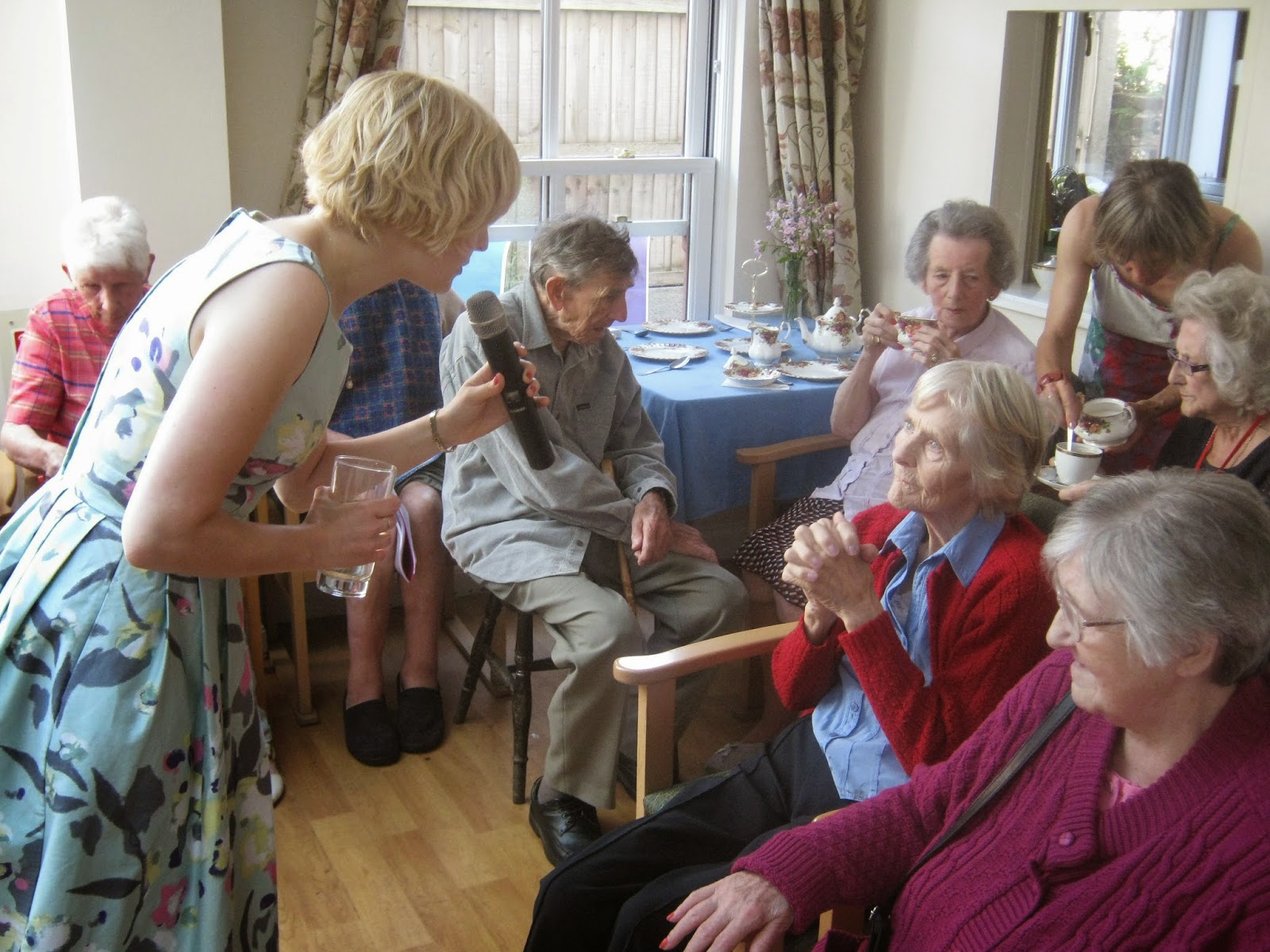 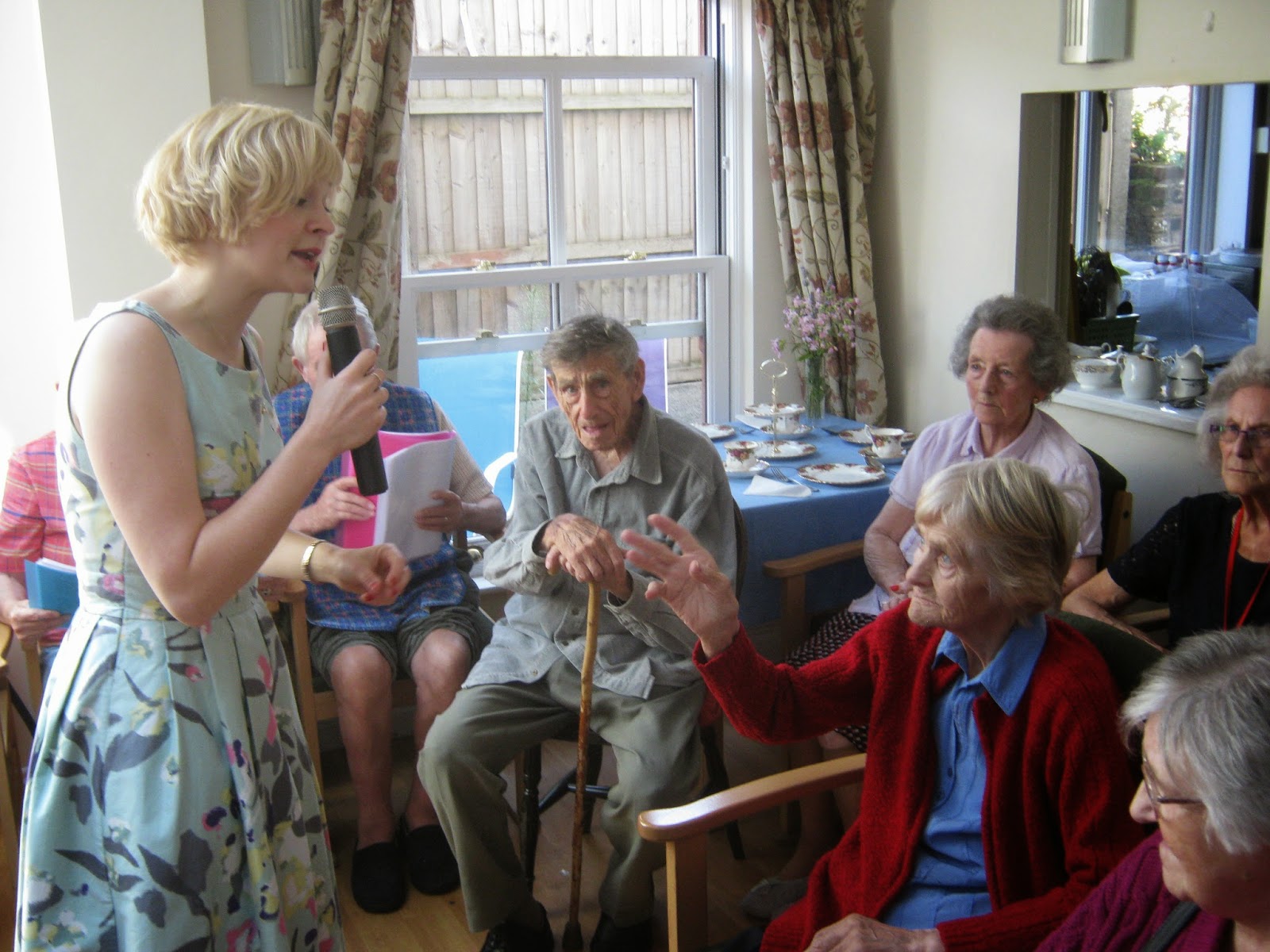 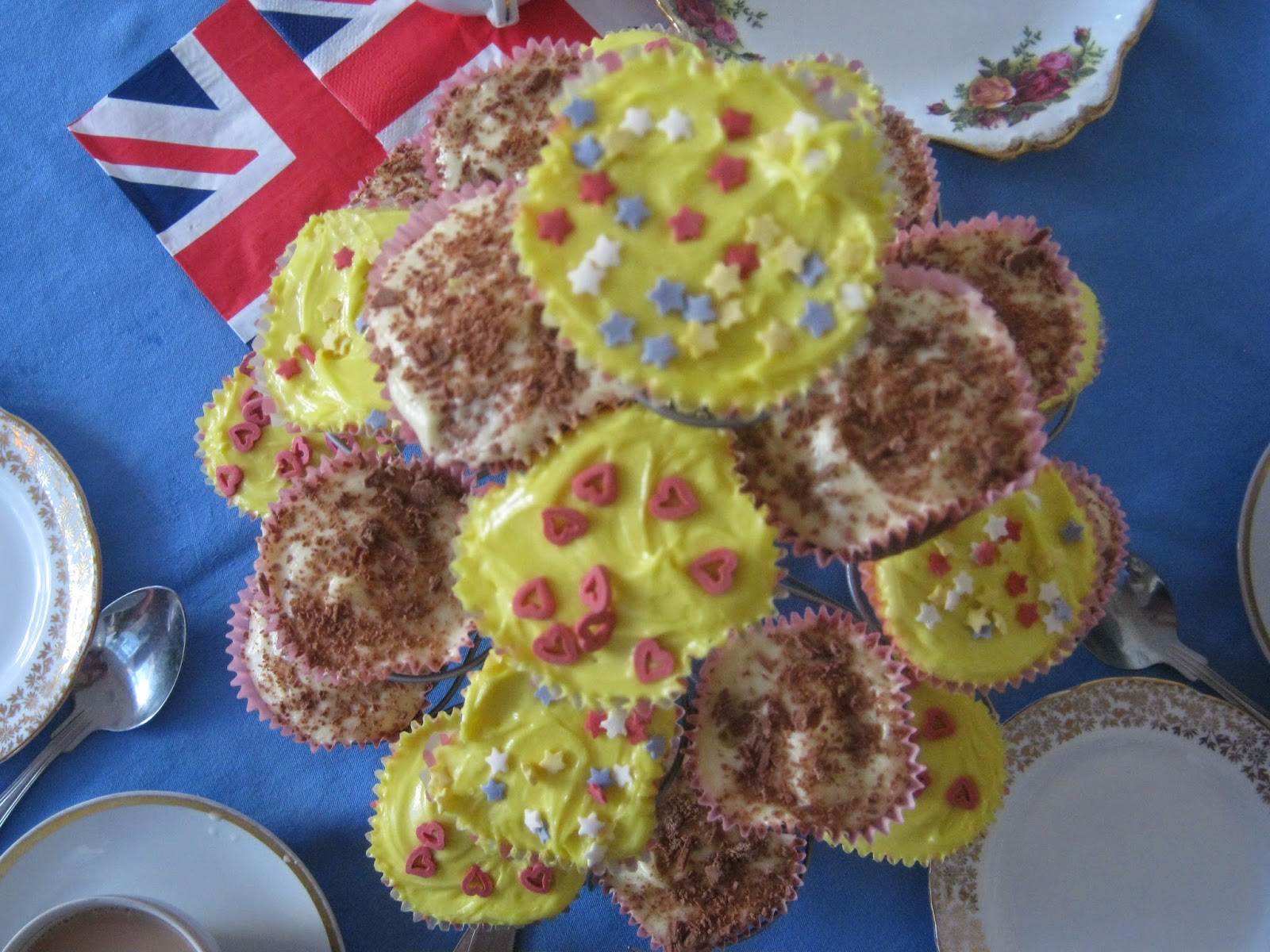 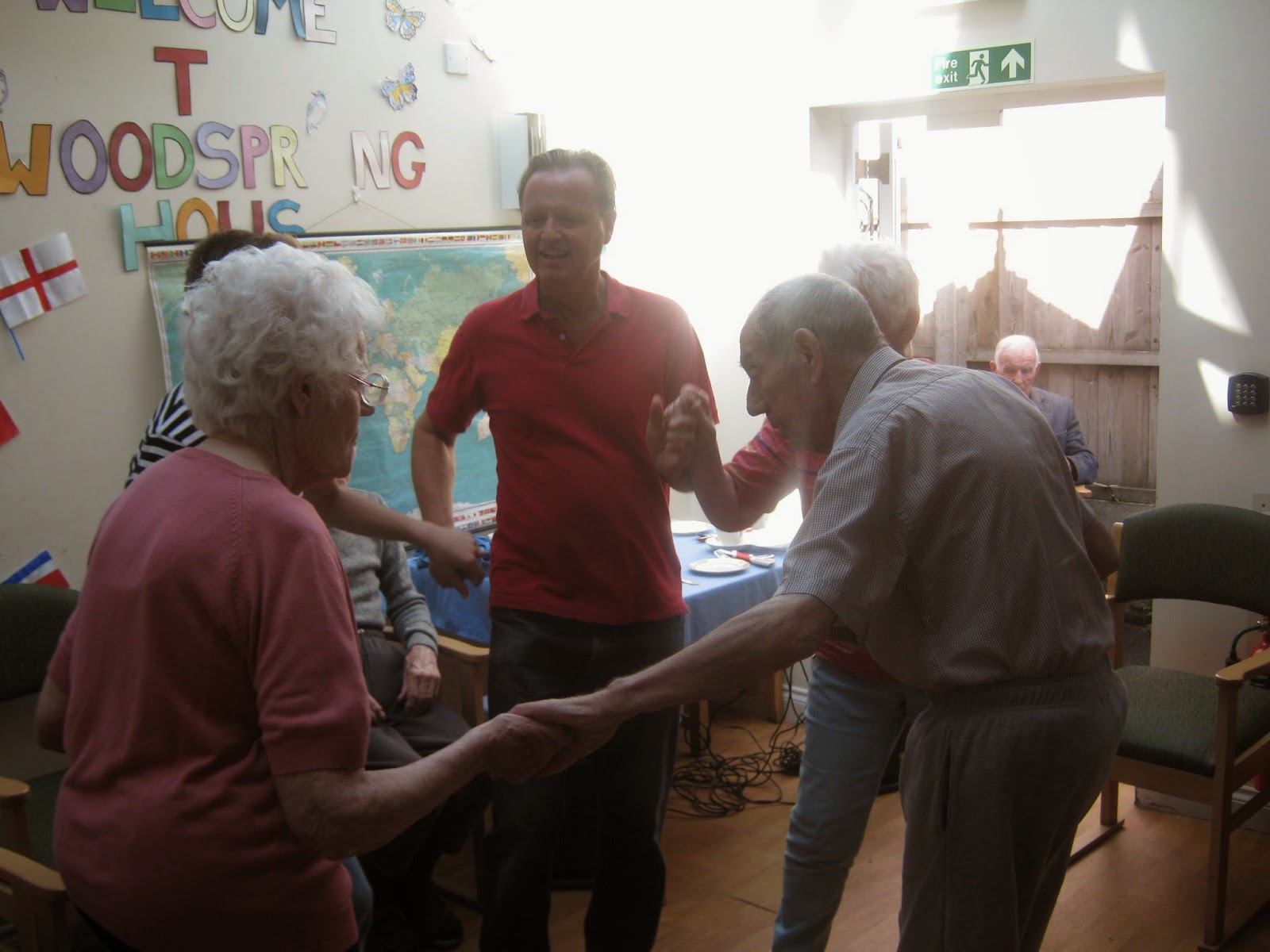 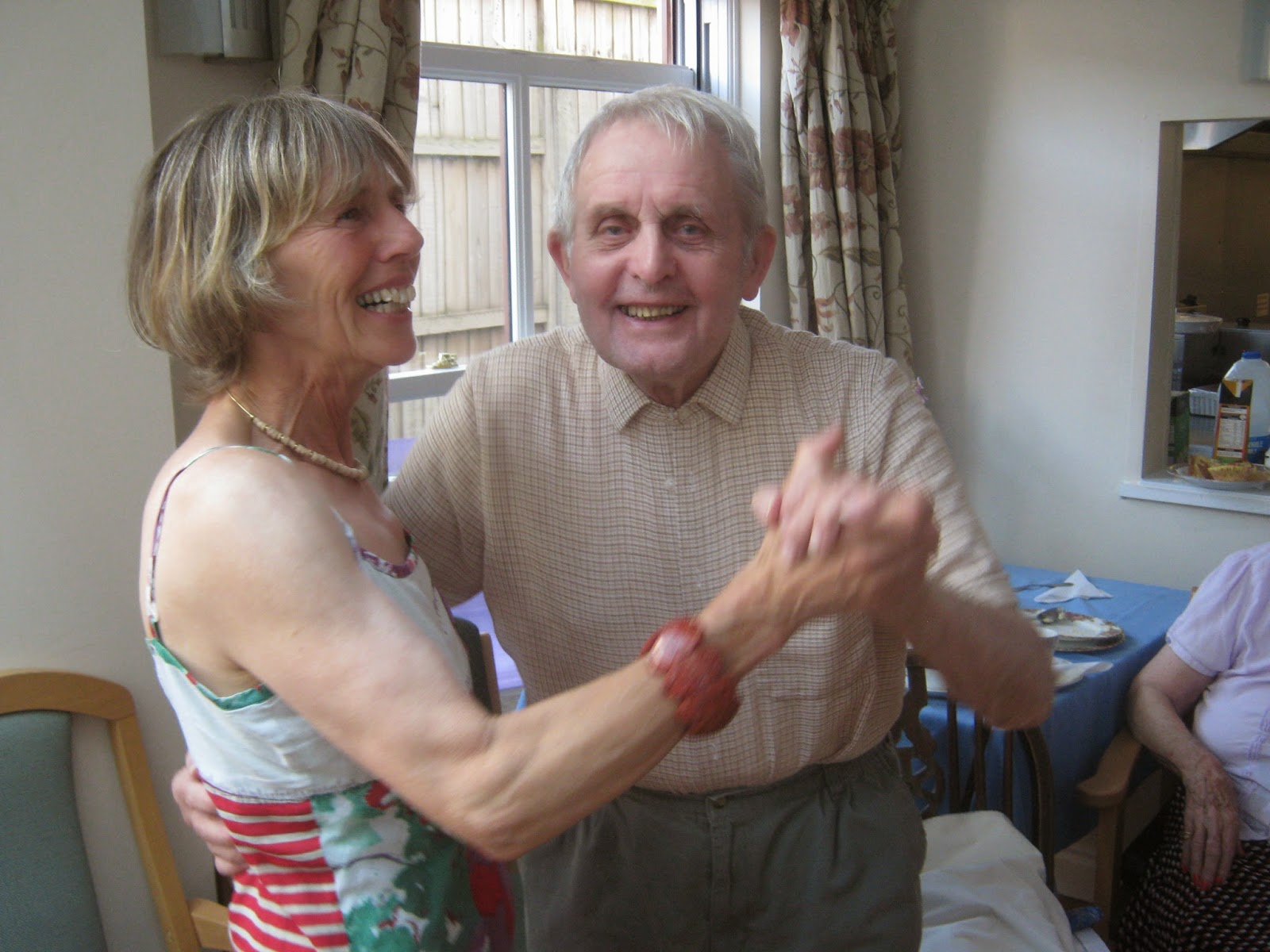 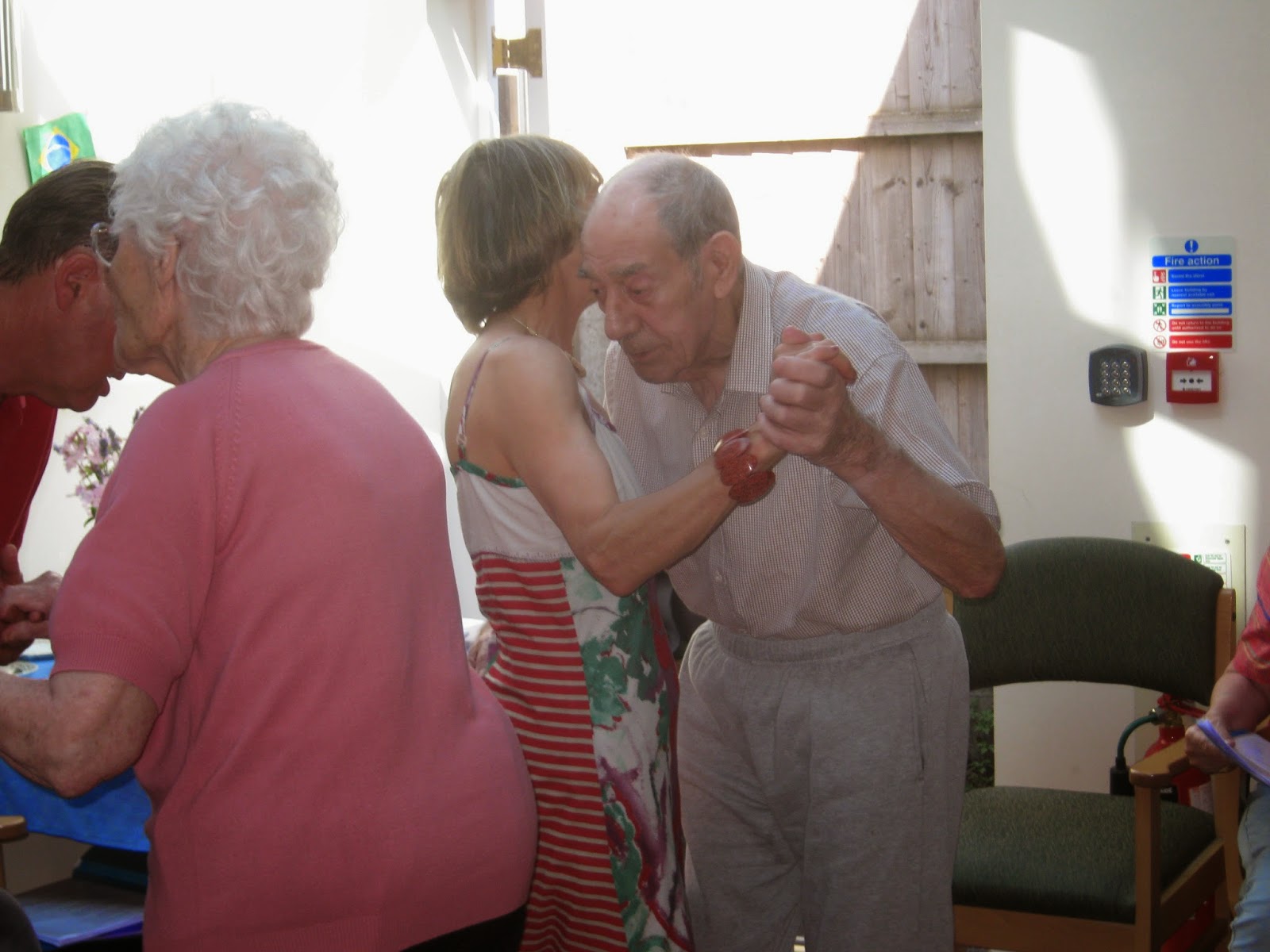 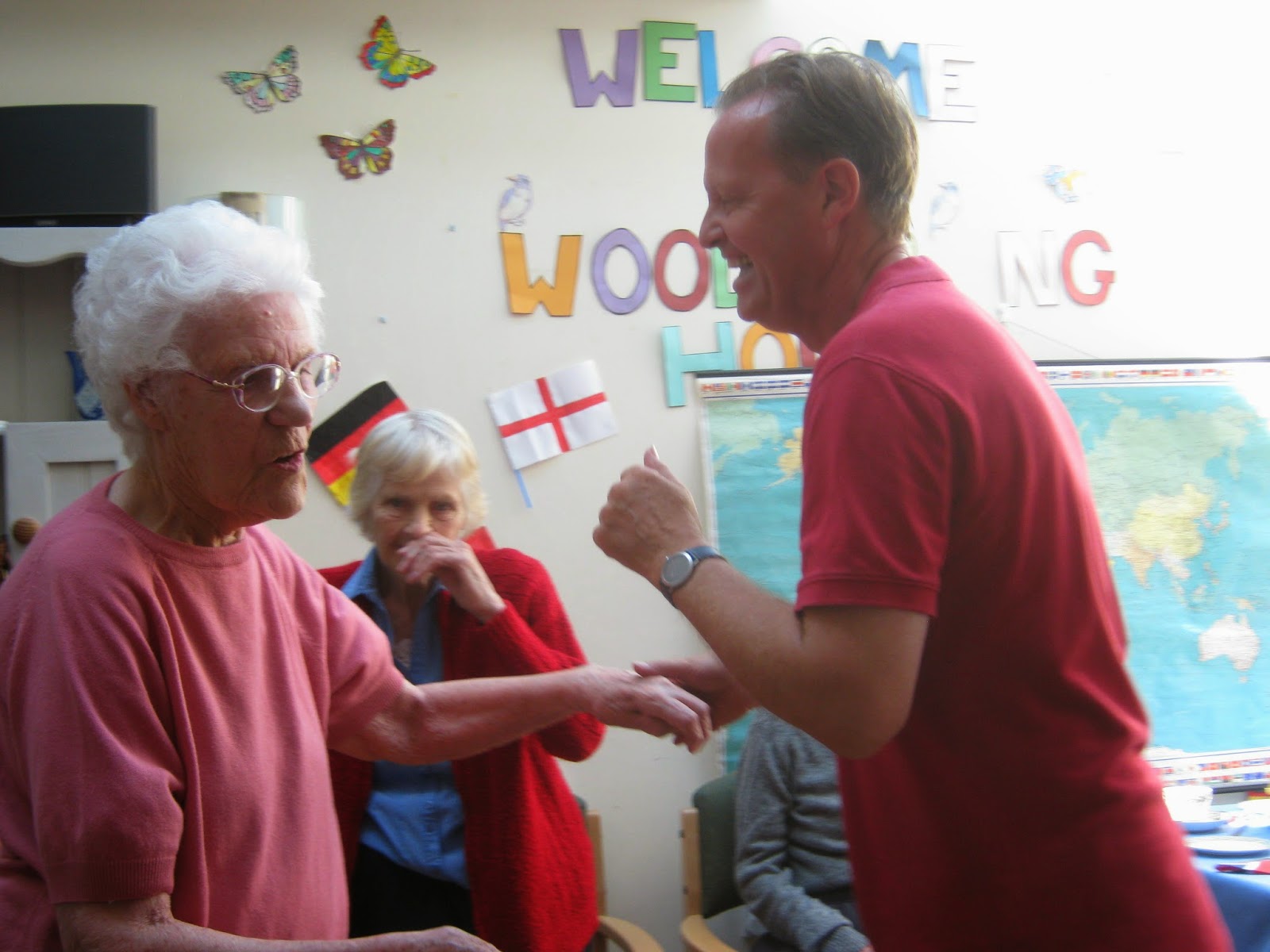 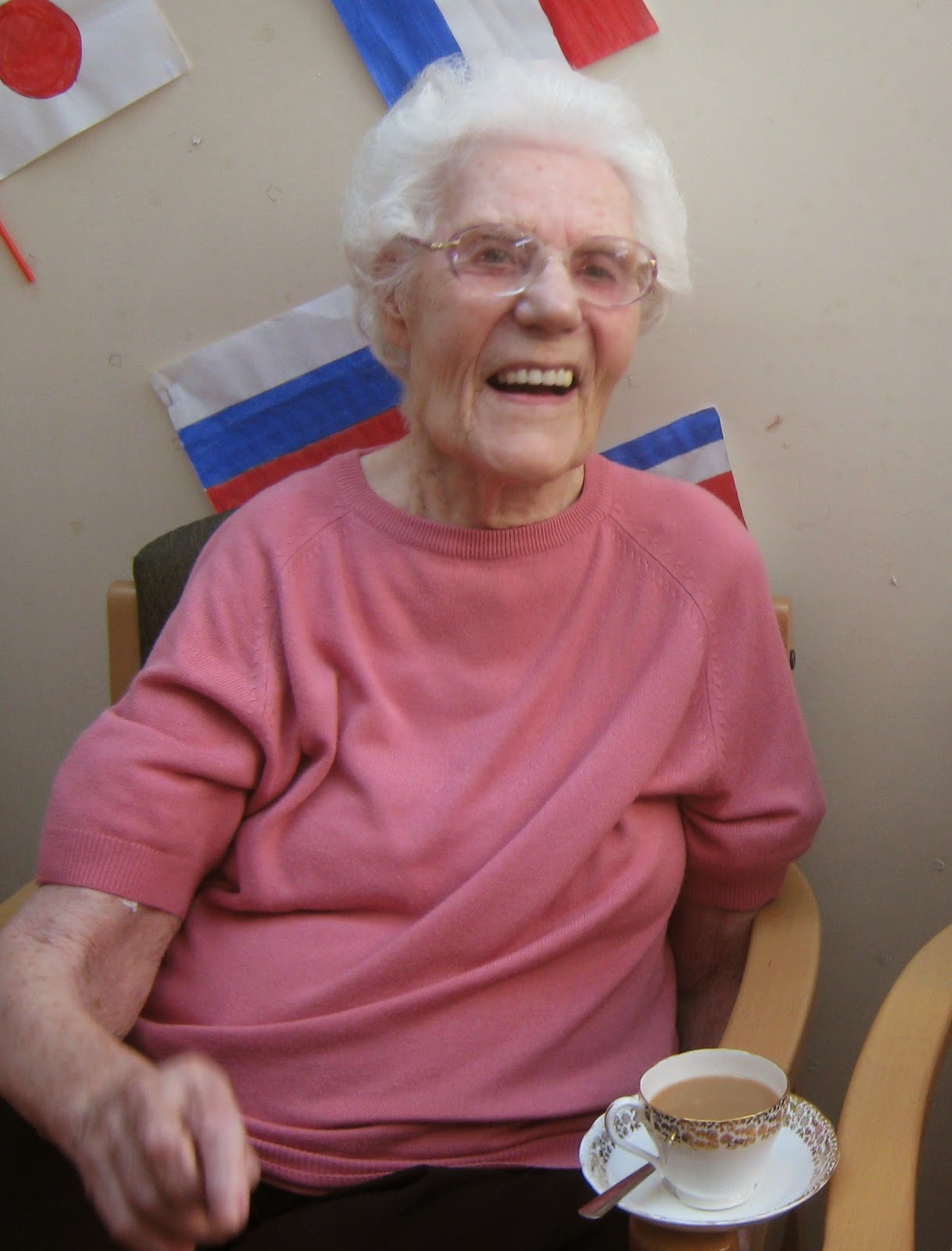 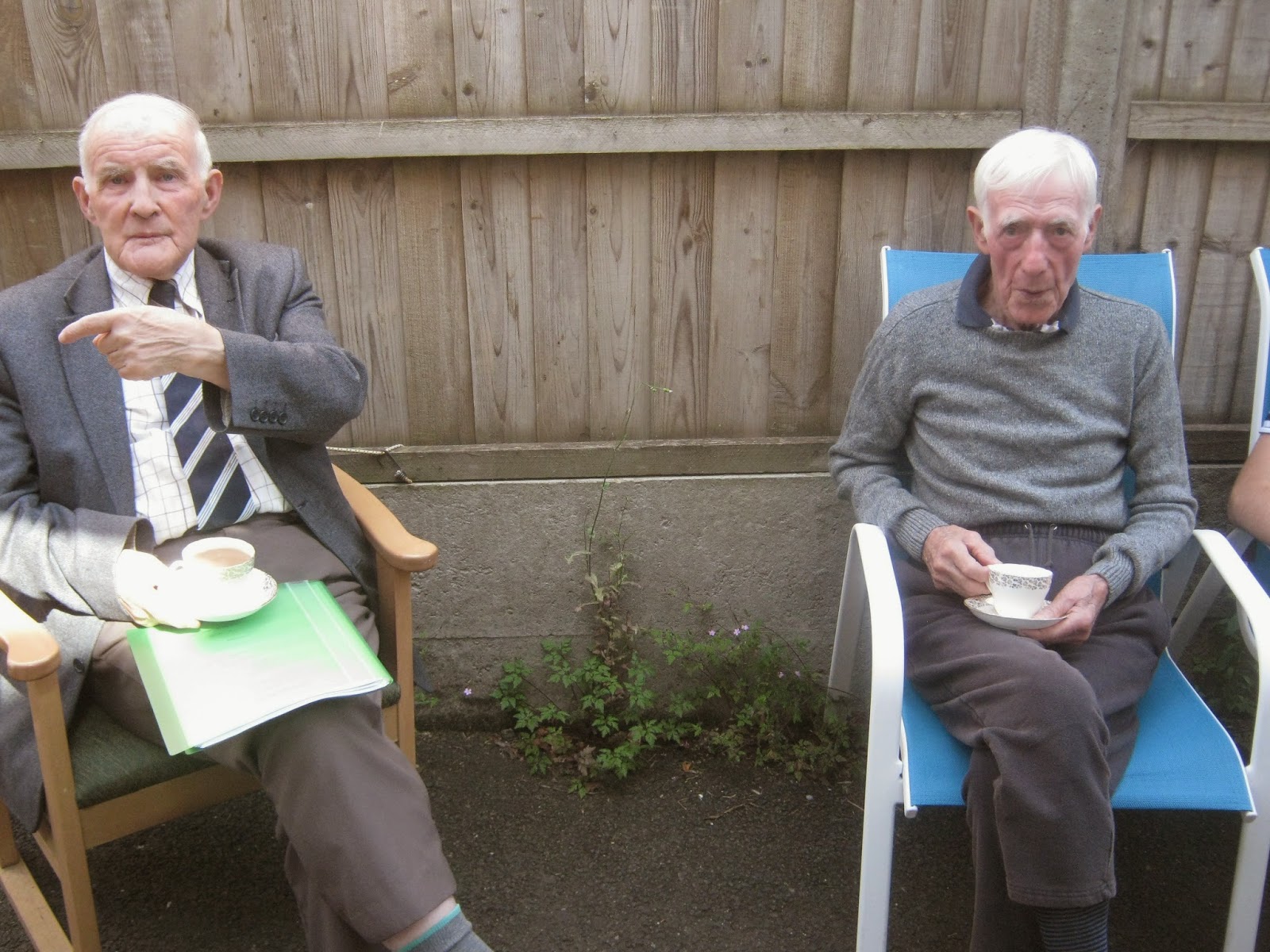 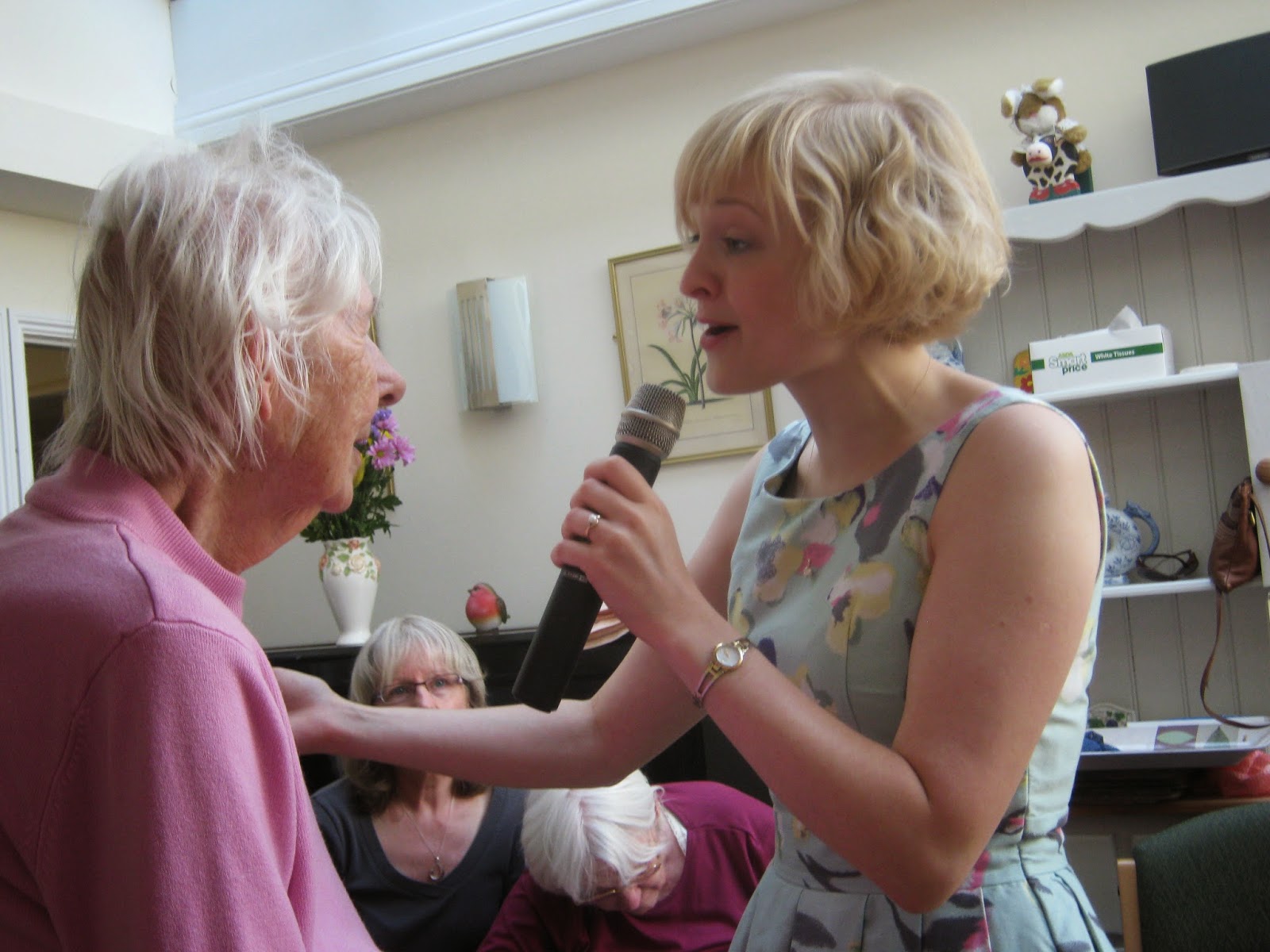 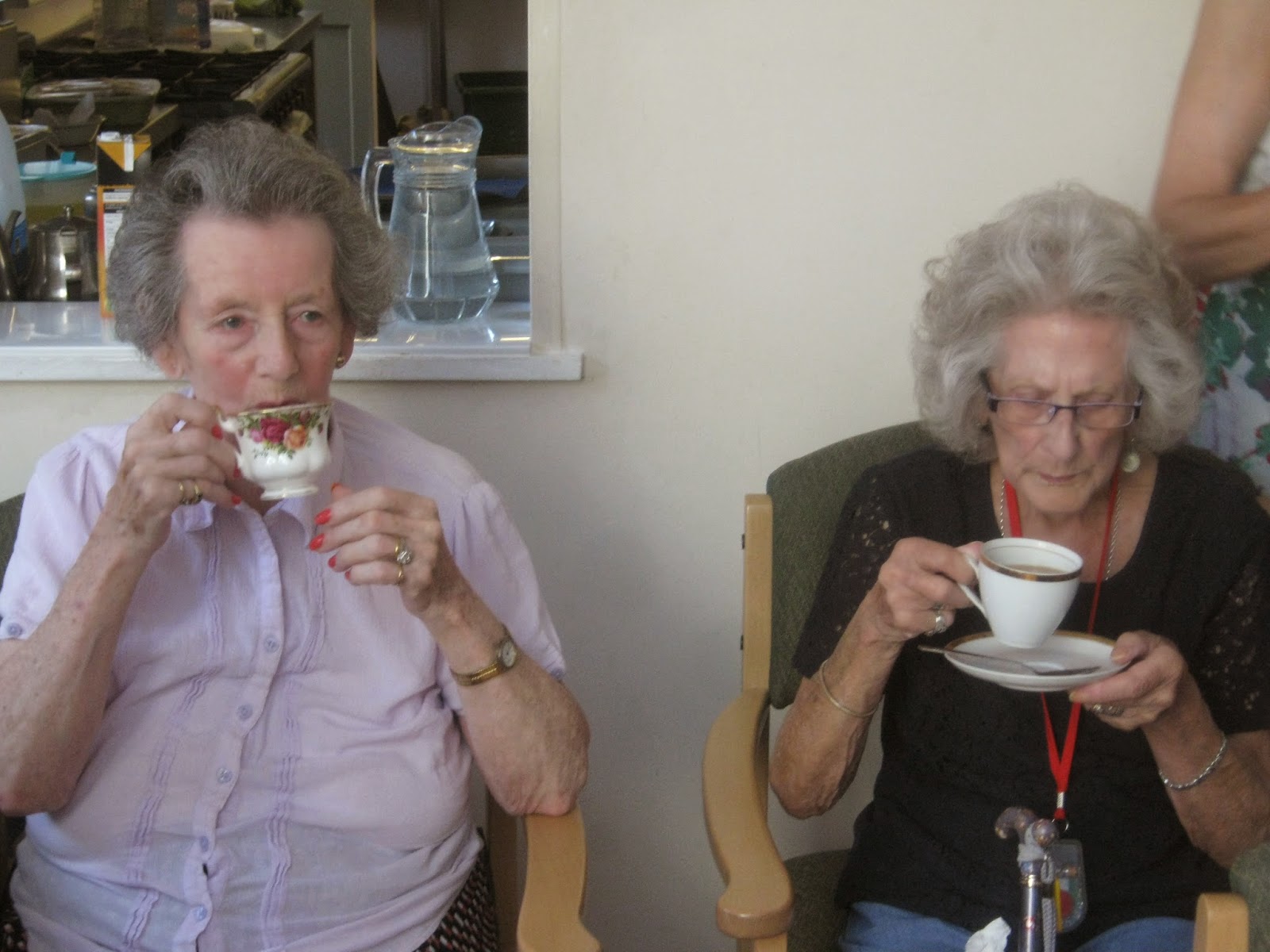 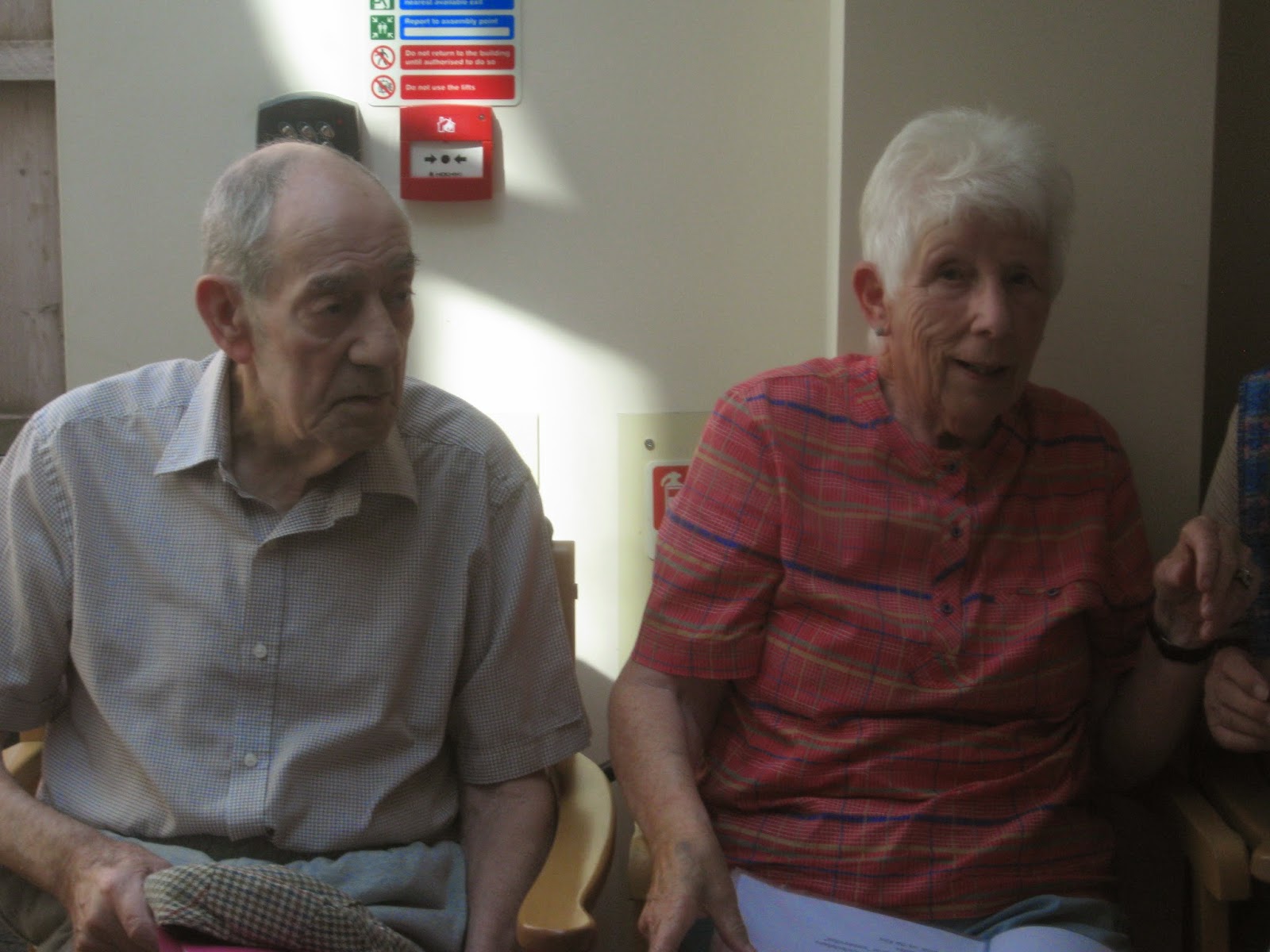 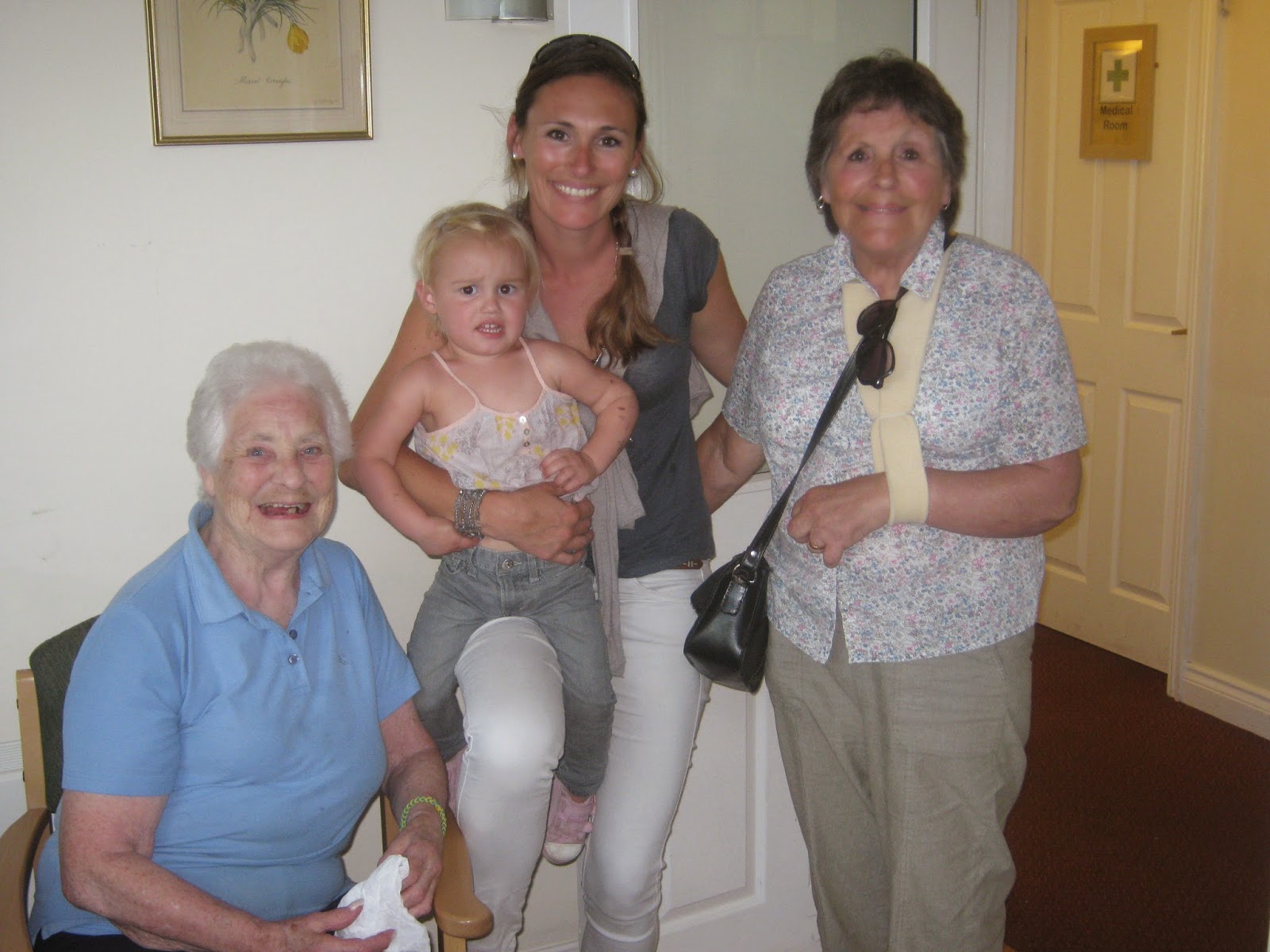 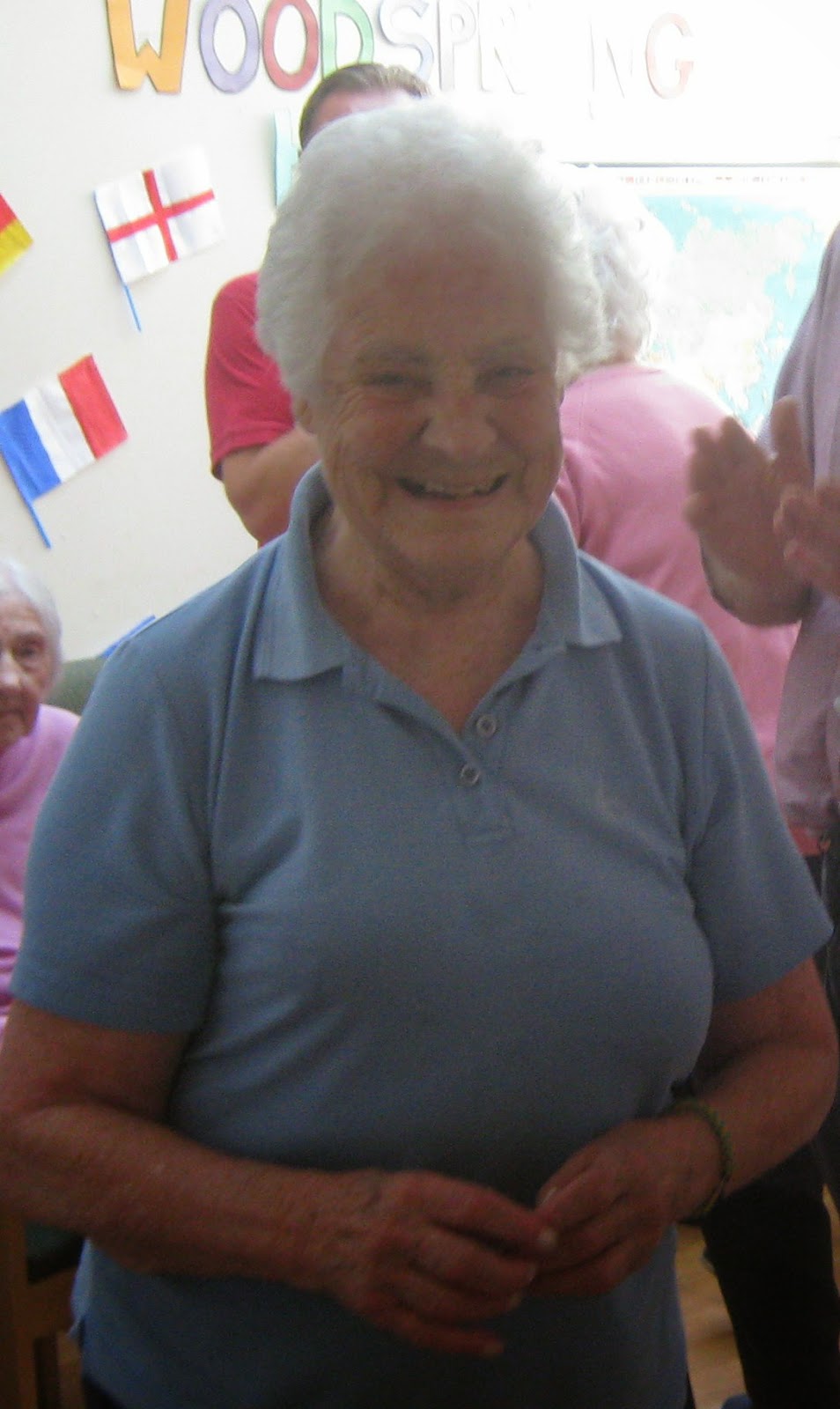 Posted by Woodspring House at 08:46

Our second outing in 2 weeks saw us heading for Muckleborough War museum near Weybourne. We didn't have the usual bus which threw us a bit to start with as this one had less seats and we had a lot of keen travelers. With a bit of Dunkirk spirit we managed to get everyone on board the bus and in Paul's and Donna's cars.

Navigator and pilot Tim took a wrong turn when we hit the coast road at Weybourne but eagle eyed spotters realised his mistake when we saw a bus heading in the opposite direction marked Wells and Muckleborough. The short detour did mean we got some great views of the sea and the beautiful countryside.

We met Mary P's husband Trevor and Heather and her 2 boys there. Mary's cousin took our entrance money which was a good welcome. The museum itself is perhaps an aquired taste as it is crammed full of countless different things to kill people with, but it did bring back memories for many, including Trevor who had worked on Bloodhound missiles during his time in The RAF.

We didn't take many pictures as the layout had lots of twists and turns which made it difficult but a kind person took a group shot for us after our cup of tea in the cafe.


A very big thank you to everyone that helped - Nora, Trevor, Paul and Pam, Carlo, Heather and her boys and and last but definitely  not least, Kirsty and Lauren.

Posted by Woodspring House at 10:09

The weather had postponed 2 trips to Heather's for tea but it was third time lucky on Tuesday. Thunderstorms threatened as we were getting on the bus but they stayed away for a glorious afternoon out. On the way we had a brief detour to Blakeney Harbour, where the tide was coming in and there were lots of people about - crabbing, swimming and having fun. We opened the bus doors to get a smell of the sea and mud and hear the cries of the seagulls.

Finding Heather's house was slightly problematic as we were relying on Paul's sat-nav that decided to have a blip but we soon found it and had a really warm welcome. Heather had drafted in friends and family to help and they were all so attentive, welcoming and friendly that we felt at home and relaxed in her beautiful garden. A magnificent tea was followed by introduction to the ponies and a tour of the garden and grounds. It really was a good day out. Thank you Heather, your wonderful friends and family and everyone who helped.

Selfies were in the newspapers today as some footballer had been given a yellow card for taking one of himself with some fans during a match. Donna had her phone handy and these are the results..

Posted by Woodspring House at 09:34

Friday Club had an American theme, being as it was Independence Day. (It's also Philippines Independence day so we played their National Anthem too for Carolina). Victoria had mad some Stars and Stripes flags and Pearl did her bit by cooking Hamburgers for lunch ( although it has to be said that Fish and Chips was most peoples' choice.)

After lunch Patrick came and played the piano and Victoria did manicures and bingo in the afternoon.

No pictures worth posting I'm afraid.
Posted by Woodspring House at 10:45

Market Day Out and About

The weather was too good to stay indoors so we went for a wander round the market. Movement to Music Heather disappeared with David and Renee into the Limes whilst the rest of the gang went round the stalls. Derrick bought 6 clementines for a pound and Tim bought a spade handle that was source of amusement. We had a breather in Millers Walk and met lots of people we knew and in particular lots of people who know John.

Posted by Woodspring House at 10:39

Since the weather has taken a turn for the better we thought we'd get out and about. We went for a walk down by the river to feed the ducks and a few seagulls and a goose that turned up. The only bench had its view of the river obscured by high weeds so we borrowed a chair from Ashley Ward for Iris to rest on. Kaleigh spotted some fish which also came to eat our bread and out of date rice crispies. In the afternoon we sat out in the garden.